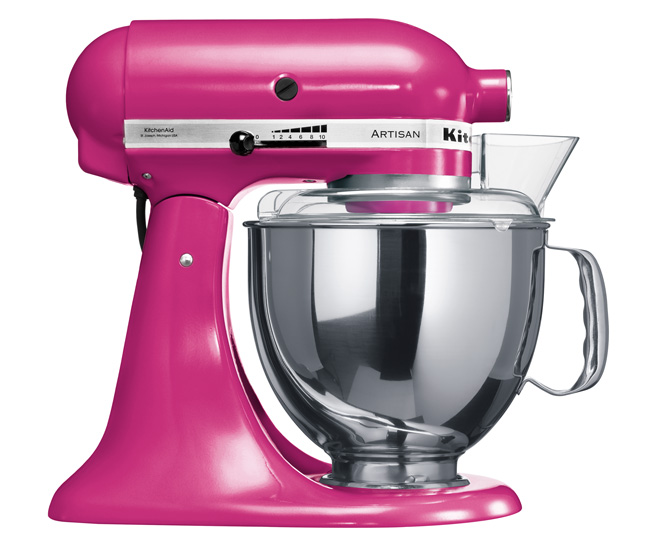 The second episode of SABC 2’s Mela will air on Sunday at 10.30am. And it is a special Spring tribute – This week Mela picks up the energy of Spring. This season could be called nature’s mela, with its colour, birdsong and a sense of excitement and anticipation – and there’s plenty to inspire us.

I will be preparing Coronation Chicken Wraps and Strawberry Scones with Cardamom Cream! I also pop out to the Fourways Farmer’s Market to pick up some of my favourite cheeses and cupcakes to add to my picnic basket! Pop in on my blogsite on Sunday for the recipes….if you missed last week’s episode, you can watch it here…https://www.youtube.com/watch?v=u_UUTALyRbQ

There is just 18 days left to enter the KitchenAid Stand mixer competition….it’s been tremendous so far but you have to be in it to win it!!! Here is the link: https://yudhikayumyum.com/competition/kitchenaid-giveaway-2014/ – post a comment, follow the blog and tweet your little heart out!

The AMC Cookware winner for August 2014 is Varsha Balmukan of Merebank….she has won the 30cm Gourmet Roaster and recipe book worth R5000! To enter this month’s AMC competition, check out the details in the Post Newspaper!

Yoga Mela: It’s easy to slip out of synch with the rhythms of nature – especially when you’re living in a city. This week’s yoga moment will help to restore the harmony – with Yarisha Singh presenting a celebration of spring

Mela Star: There’s something about the crisp white summer uniform that makes the navy seem so stylish – but is a life at sea really so romantic? Lieutenant Kenneth Singh commands a South African Navy ship – and he invited Jailoshini Naidoo aboard.

Mela Rising Star: If a DJ gets his playlist right, he can set the party rocking and it going till the early morning. DJ Desiblue has developed his own floor-stomping formula – which is why he’s this week’s rising star.

Wellness Mela: Traditionally, yoga keeps you firmly on the earth – but some interesting new techniques have been developed that seem to defy gravity. This doesn’t involve levitation – but it got Mishal Mookery up in the air.

Fashion Mela: Fusion fashion began with Indian designers creating a blend of East and West – but lately they’re finding inspiration in Africa, the Middle East and greater Asia. This can be seen in a recent collection by Monisha Jaising – and award-winning designer and Mela style panellist Nadine Pillay analyses the look.

Music Mela: Youngistaan is a recent release featuring Jackky Bhagnani and Neha Sharma. One of its hit tracks has been filmed against the backdrop of the mesmerizing Taj Mahal, tying in perfectly with the theme of spring romance.

Mela Star Dust: No-one can keep a secret in Bollywood and we’re about to blow away the star dust – and reveal all there is to know about Aamir Khan.

Arts Mela: Naatya Pravahaam is a new dance production that aims to convey ideas rather than tell a story. K Sarveshan is a master of the bharata natyam style of classical dance – and he sketched the background to Mishal Mookery.

Music Mela: Mela signs off for this week with Chancey Illa, a track celebrating the youthful energy of Chennai and featuring the sensational Anirudh Ravichander.