I love spending time with the kids and we always end up in the kitchen whipping up a batch of something special. The Easter weekend was no different and over the last few days, it’s been choc pudding, snowballs and doughnuts too! While making these doughnuts, I remembered the old saying….Keep your eye on the doughnut and not upon the hole! It just makes sense, doesn’t it? We just can’t stop fixating on the hole to see the luscious doughnut sometimes! It reminded me that through all the admin around the ‘hole’ in my life, there is still a doughnut!

The other saying that also came to mind was…The optimist sees the doughnut, the pessimist the hole! How often in life we spend our time with people who only see that hole and don’t have a word of encouragement to share? I am guilty of just that, and recognizing now that some of the best years of my life were spent with an aging playboy who was definitely the hole in my world! When you are compared to past lovers, accused of not bringing home enough bacon and never good enough for anything…when you are ridiculed and humiliated amongst friends and family, life begins to feel like the hole in the doughnut! Feeling unloved and tormented, the feelings of hopelessness and helplessness can dominate your existence. These negative experiences can turn any relationship into a black hole!

A hole can abuse the human spirit. Holes sometimes carelessly define themselves by what they did twenty years ago….the wild parties, the corporate one night stands and how stupid their spouse was to not catch them cheating or maybe it was put in a slightly different way…I was so smart that I never got caught! I cannot understand how ego replaces good judgement and leads to emotional casualties. While most choose to add meaning to their lives by building careers and family relationships, a hole chooses to revel in frivolity. Casual flings, corporate incest…this is what I describe as those people that often become the ‘office bicycle’, and heavy boozing….it’s a tale not meant for the faint hearted but of a hole. The moral is a hole never grows up!

Some people thank me for the honesty and for sharing my thoughts, other so called public figures (not friends I might add, just opinionated fools) say that thoughts on politics, people and relationships should be zipped but in my opinion that is what only a coward would do! We all have our story and I share snippets of mine with you, hoping that it takes you out of your comfort zone, making you ask different questions. I have had to say my goodbyes, turning my back on things that were clearly toxic and damaging. The war still rages and unnecessarily so. 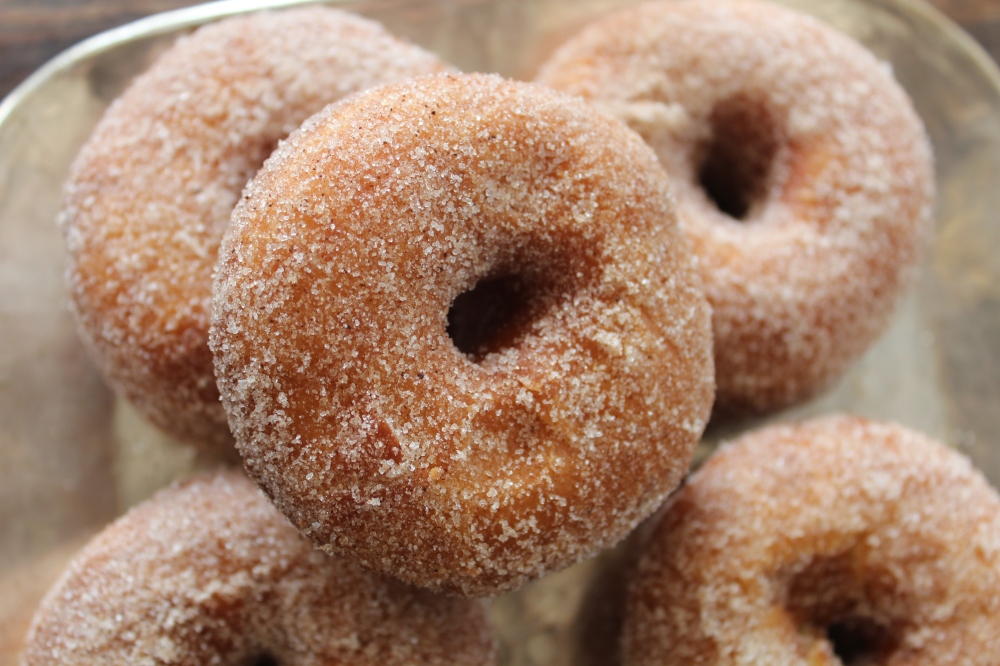 Such intense thoughts while making up a batch of doughnuts…I always say that cooking and baking is therapeutic and while you bang out a batch of these…keep your eye on the doughnut but find the hole that troubles your soul and keeps you up at night! Once you identify the hole, life starts to change and it can only be positive!

My last thought is that life is much like a doughnut, it can be plain and simple…just dusted with sugar, embellished with decadent toppings or filled with lashings of cream…the basic dough recipe however, remains the same! You can choose the toppings and sides like you did at ‘Just Doughnuts’ back in the old days. If your timing is off and you procrastinate, the doughnut turns stale! Seize the moment and enjoy. Celebrate the doughnut and mourn not a hole!

Place the cake flour, castor sugar, dried yeast and salt into a mixing bowl.
Using a KitchenAid with a dough attachment, mix the dry ingredients on a low speed to evenly distribute the yeast.
Add the warm milk and eggs yolks.
Once the dough starts to come together, pour in the melted butter and continue mixing for 5 minutes.
If you are kneading the dough by hand, this should take about ten minutes.
Grease the mixing bowl with non stick spray.
Place the dough into a mixing bowl and cover with plastic wrap.
Leave aside to rest and prove for 90 minutes or until the dough doubles in size.
Remove the dough from the mixing bowl and deflate, kneading the dough for 2 – 3 minutes.
Work the dough into a smooth ball and roll out until it is 1,5cm thick.
Use a round cutter and cut out the doughnuts and a smaller cutter for the hole in the centre. Use as little flour as possible or only if necessary when doing this to prevent the dough from becoming dry.
Place the doughnuts on a greased baking tray and cover with plastic wrapped that has also been greased with non-stick spray.
Gather the dough offcuts and once again roll into a smooth ball and repeat the process.
Leave the doughnuts to rise for 15 minutes.
Combine the cinnamon and the sugar in a mixing bowl and stir well.
Heat the sunflower oil on medium in an AMC Paella Pan – this pan has a smaller base and is wider at the top so it uses less oil than a normal pot.
Once the oil is hot, test using a tiny piece of dough – the dough should hit the oil, bubble and come up to the surface.

Frying the doughnuts in an AMC paella[/caption